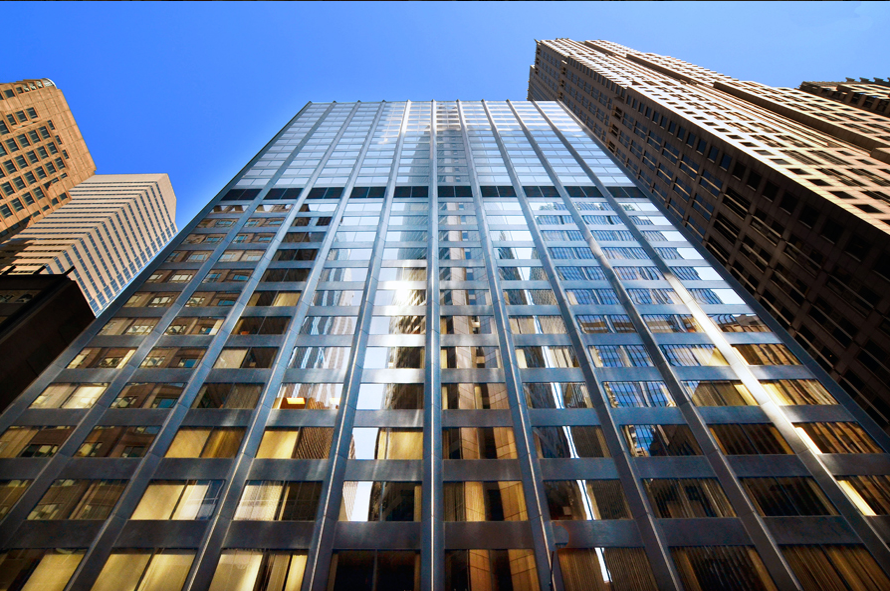 The 66% occupied 623,564 square-foot building, which had an extensive lobby renovation and elevator modernization in the last year, is Accesso’s fifth office property buy in the Chicago area in the last eight months.

Two months ago, an Accesso and Harel acquired the office tower next door, 200 West Monroe, a 23-story, 535,911 square foot Class A-property for $100 million. The partnership plans to rebrand the two buildings as Monroe Plaza, a 1,159,584 square-foot office complex.

Jeff Bramson, senior managing director of HFF’s Chicago office which represented the sellers, said 20 U.S. institutional investors made offers on 230 West Monroe. “But the Accesso/Harel joint venture made the best offer and had the best terms. Having worked with them on their acquisition of 200 West Monroe and the IDS Center in Minneapolis, we knew their joint venture would perform smoothly and swiftly for our clients and they did,” he added. “Once again, it was seamless.”

“We could not pass up the opportunity to own two adjacent Class A office towers in the West Loop,” explained Ariel Bentata, co-founder and managing partner-investments of Accesso Partners.. “We also see the 34% vacancy factor in 230 Monroe, created when Wells Fargo Bank moved out, as a major plus with solid upside revenue potential. There is strong demand for downtown office space in Chicago—a large increase in new office using jobs was created in the first half of 2013–and we’re confident we can lease up both buildings at current market rates.”

“More importantly, it gives tenants options and flexibility,” Rosen said, , “because we can now accommodate more requests for office space of any size, for more upper-floor views or from  tenants wishing to expand in the West Loop.” Typical floor plates at 200 and 230 West Monroe  measure 28,000 square feet and 24,000 square feet respectively.

Ron Lakin, senior vice president of CBRE Chicago and leasing broker for 200 West Monroe has been named by Accesso to represent both buildings. Lakin said the single ownership of the two towers and the rebranding as Monroe Plaza, “makes it more of a destination for tenants who want choices.”

The West Loop is prized by commuters or workers who use public transportation and Monroe Plaza is in the heart of the submarket. 230 West Monroe is one block from the Washington and Wells El station and four blocks from the Ogilvie Transportation Center and Metra’s Union Station.

Paul Gaines, director of asset management-Chicago and East Coast, said Accesso is already seeing a response to the “serious flexibility” now provided by the  with adjacent office towers and by the “adaptability” of tenants who want a West Loop address. “Several prospective tenants have told us they would be comfortable with part of their offices in 230 West Monroe which caters to smaller space users and the other part in 200 West Monroe which is configured for larger, full floor offices,” said Gaines

Looking ahead, Bentata contends Accesso Partners, which also owns 20 North Clark, a 35-story office tower in the  Central Loop, will continue to look for acquisitions of buildings in downtown and in the areas strong submarkets to build “critical mass” in Chicago. “We’re looking for properties in Class A locations where we can enhance value with physical upgrades and improve revenues with creative lease- up strategies.”