The firm will focus on the Sun Belt and has started projects in North and South Carolina. 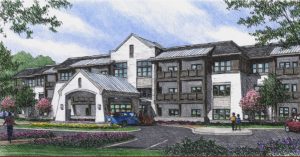 The office owner and operator Accesso has crossed over into the multifamily sector. The company has launched its multifamily division that will invest in rental housing assets throughout U.S. markets that are seeing high growth and tight supply. Claudio Dombey, founding & managing partner of investor relations for Accesso, said in prepared remarks that the firm had been considering expanding into the multifamily market for a while as the demand for housing has been consistently strong and was only accelerated by the pandemic. The new division will be led by Accesso’s Director of investor relations Alan Garzon, who said in prepared remarks that there was unmet housing demand in the Southeastern regions of the U.S. as they were experiencing an influx of migration from higher tax and cost-of-living states. Garzon told Multi-Housing News that Accesso’s multifamily division would mostly focus on the Sunbelt states, from the Carolinas to Texas, and was looking for one or two more deals in those target markets for this year. Alongside the new division, the company will still continue its original strategy of owning and operating office properties in non-gateway U.S. markets.

However, Accesso’s new multifamily division has already generated early momentum with two ground-up development projects already in the works. The company has partnered with local developer Proffitt Dixon Partners (PDP) on a senior housing community in Charlotte, N.C., and a garden-style community in Greer, S.C.Since its founding in 2008, PDP has developed several Class A apartment communities in the southeastern U.S., including a 245-unit community in Charlotte that was sold in July 2019.As for PDP’s projects with Accesso, the Charlotte project will cater to the 55+ demographic and offer 200 units spread throughout four three-story buildings. The community will also be built with 18,600 square feet of interior amenity space that includes a lobby, clubhouse, library and demonstration kitchen. In South Carolina, PDP and Accesso will also build a 264-unit community in the Greenville/Spartanburg region that is seeing a severe lack of high-quality rental housing supply, according to Accesso.