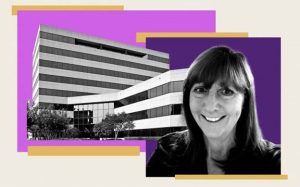 Denver College of Nursing has taken a full floor to establish a campus in Houston’s Energy Corridor.

The school signed a new lease with Florida-based Accesso for nearly 30,000 square feet on the third floor of Ashford 6, at 1155 Dairy Ashford in the Ashford office complex. The lease starts in December, the Houston Chronicle reports. The school cited Houston’s growing population of residents age 65 and up as the biggest factor in its decision.

Ashford went through major renovations this year following the departures of ConocoPhillips and Sasol. The lobbies were redone and several amenities were added such as a fitness center and a conference center with kitchen and reception facilities.

“The leases with DCN, Houston Research Institute, Houston Medical Imaging and Smith Seckman Reid further solidify that our decision to undertake a cosmetic refresh of the property and expand our tenant amenity program was well executed and well received,” Mike Adams, a director of Accesso’s Southern Region boasted in the announcement.