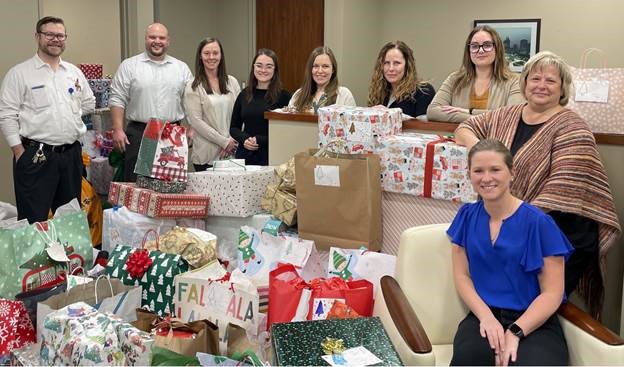 Accesso Collects More Than $11,000 in Gifts for Children

A Florida real estate investor once again brought out the giving spirit during this year’s holiday season, collecting more than $11,000 worth of toys for communities where it owns properties.

Accesso staff members across the country including those in Minneapolis, Chicago, Houston, Atlanta and Charlotte and Raleigh, North Carolina, participated in the Toys for Tots program operated by the Marine Corps Reserve.

Popular items included basketballs, footballs and a lot of dolls. Hog Wild Stikballs and Stikball Mitts, squishy balls and mitts for indoor baseball were among the plethora of sports related gifts anonymously donated at Accesso’s office property in Naperville, Illinois.

Toys for Tots is just one of the charities the company works with throughout the year. It also supports the Souper Bowl of Caring, a charity started at a Columbia, South Carolina, Presbyterian church in 1990 to end hunger, as well as raising funds to ensure underprivileged children have the school supplies they need when they start classes each year.

In Minneapolis, the company participate food drive effort hosted by MLB’s Minnesota Twins where volunteers descend on the team’s ballpark Target Field to pack about 500,000 meals each year.