Accesso has signed a new lease agreement with American Honda Finance Corp. at the Royal Ridge office complex in Irving, Texas. The transaction includes the long-term renewal of a 76,785-square-foot lease along with a 23,142-square-foot expansion. Honda has occupied space in the 500,000-square-foot office park since it was completed in 2000. 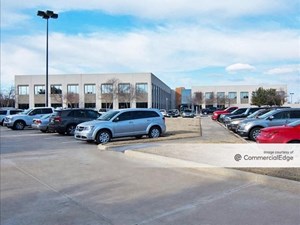 According to CommercialEdge, Accesso acquired the complex from EQ Office in 2011 for $72.5 million. Honda’s space is located within Royal Ridge VII, a 133,852-square-foot building at 3625 W. Royal Lane. Located alongside Interstate 635, the structure is within 5 miles of DFW International Airport and is 16 miles from downtown Dallas.

John Brownlee and Michael Williams of JLL represented Accesso in the transaction. CBRE assisted Honda with the lease.

Following 3 million square feet of office sales in January, the Metroplex recorded a steep drop in activity for February. According to CommercialEdge data, the average sale price per square foot was $235 in February, just below the $257 national average.