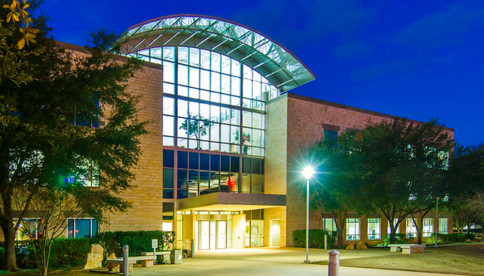 Northwest Austin’s booming tech corridor is about to grow even more.

The first phase of the Parmer project — including two office buildings and a 300-unit apartment building, as well as some retail space — will get underway in late 2021 or early 2022, according to the developer, Hallandale Beach, Florida-based Accesso Partners.

On December 10, the Austin City Council approved a zoning change that paved the way for the redevelopment, which once was leased entirely by Motorola offshoot Freescale Semiconductor.

“Between Apple’s upcoming campus and the master-planned development that is expected to take shape on the 7,000-acre Robinson Ranch, we believe we are at the forefront of a transformation that will create a world-class destination, serving as a vital cornerstone of the community,” Bellet says in a December 10 release.

The super-sized Parmer development will complement two Apple office campuses that eventually could be buzzing with more than 20,000 employees.

The future Apple campus, at 6900 W. Parmer Ln., initially will house 5,000 employees and eventually will be able to accommodate 15,000 employees. Apple’s new 3 million-square-foot campus is expected to open in 2022, and will also include a 195-room hotel. About 7,000 people already work at Apple’s nearby office campus, located at West Parmer Lane and Riata Trace Circle.