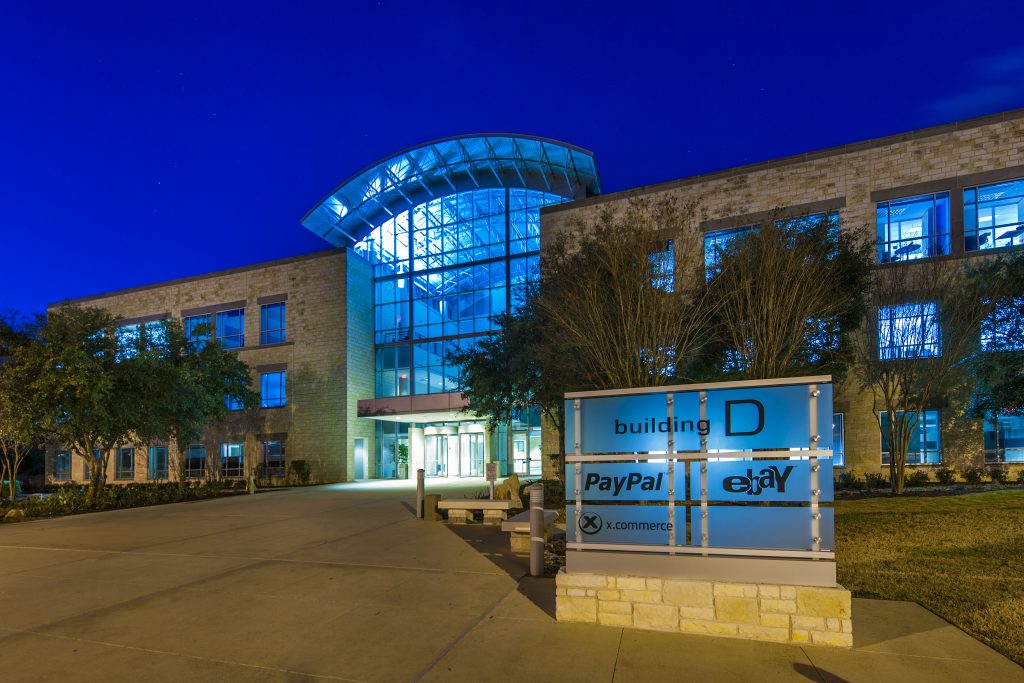 An office complex next to Apple’s future $1 billion campus could be significantly expanded in the coming years, with potential homes for new restaurants and tons more room for companies in an in-demand market.

Based on demand, construction on the first of the new office buildings could begin sometime next year, said David Putnam, a principal at Aquila Commercial LLC and broker for 7700 Parmer.

Accesso is also expanding its other Austin asset, the nearby Riata Corporate Park in Northwest Austin, by adding another three-story, 64,000-square-foot office building. Construction on that building, designed by The Beck Group, could begin before the end of the year.

Adams said he expects net leases in the new Riata building to be around $28 to $29 a square foot.

“[Northwest Austin] is a pretty tech-heavy submarket, and a lot of the companies out of California seem to be coming to Austin because of the reduced cost for office space compared to the Bay Area,” Adams said. “It seems like downtown Austin is becoming very expensive. It is a little less expensive in the Northwest submarket and all of these tech companies can kind of cluster together.”

Count Apple among the believers. The iPhone maker expects to open its $1 billion campus at Parmer Lane and Dallas Drive in about three years. In the meantime it is leasing up space across North Austin, including earlier this year taking all of building eight at Riata Corporate Park.

The Northwest Austin office submarket is one of the strongest in the city with a vacancy rate of 9.6 percent in the first quarter, according to NAI Partners. The gross average lease rate is $33.25 a square foot.

Marc Vanderslice, a senior vice president at CBRE Group Inc., agreed that demand in Northwest Austin is high. He said companies are seeking out The Domain first, but since there’s virtually no space available there, they are looking to lease nearby.

Employers want the amenities offered at The Domain and to lease near where their employees live in North Austin or nearby suburbs, he said.

“We are excited about the interest we have seen so far,” Putnam said. “We believe it will be a great opportunity for an existing customer to expand or accommodate new requirements that aren’t here yet.”

“The Parmer Lane corridor is going to continue to grow between MoPac and Cedar Park,” he said.

Adams said Accesso received a zoning change from the city of Austin last year to allow for the additional square footage of office space and retail.

Accesso is working with Studio8 Architects for the campus’ master plan but Adams said he expected the office space will be divided among six to eight buildings.

The new buildings will be constructed on existing surface parking lots and parking garages will be added, Adams said.

Adams said about 30,000 square feet of retail is also proposed for the ground level of a parking garage planned for along Parmer Lane. There may be as many as three restaurant pad sites along Parmer Lane, he said.

Accesso is also considering adding a multifamily component to the campus, between 300 and 400 units, which would require a zoning change from the city of Austin, Adams said.

“We wouldn’t be trying to recreate The Domain or anything, but with the amount of office space that we would have at our site and with Apple basically next door there would be a lot of people working in that area,” he said. “We think the live, work and play (concept) is something that seems to go over pretty well in Austin.”