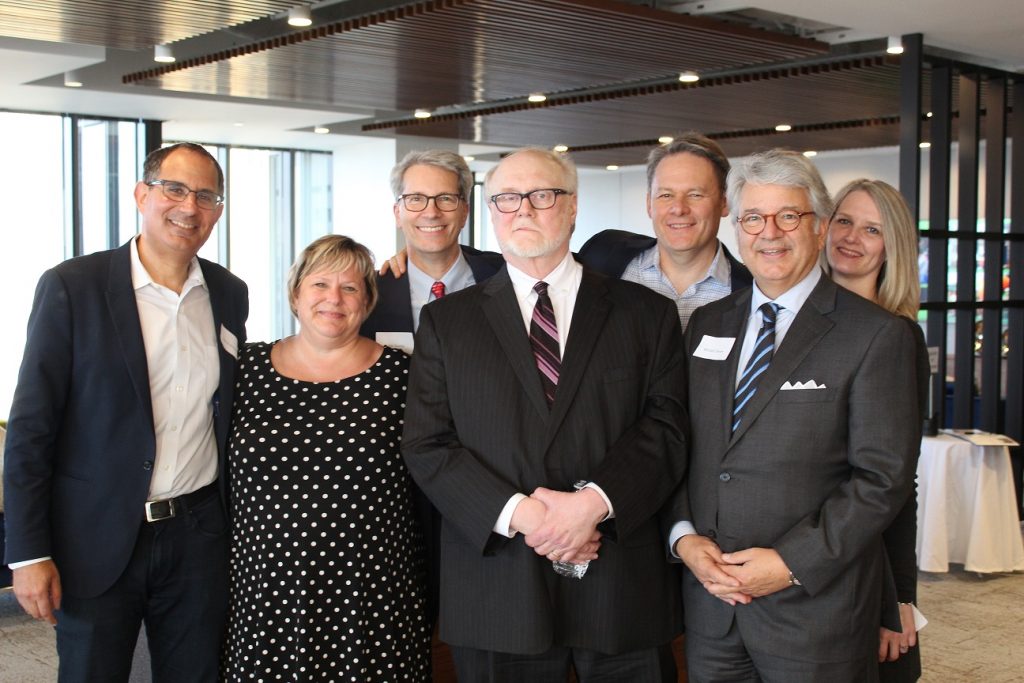 Thom Cowhey never thought he would step foot in the IDS Center.

Decades ago, Cowhey told a friend as he stared up at the recently built Minneapolis skyscraper, “I’d never have a reason to go into that building. It was just so far beyond my comprehension.”

Yet, Cowhey did end up inside of the IDS Center, which he called home for 47 years until he retired last month from his job as operations manager.

Cowhey, 68, who has worked at the IDS Center since 1972 when it opened, has seen an array of events, animals, and celebrities during his time at the city’s tallest building.

“It was the home away from home,” he said, during an interview.

Cowhey was 21 when he first started to work security at the IDS Center for about $2.40 an hour, which was good pay back during that time. After working security, Cowhey took a job at the control center. The building was one of the first in the city to have a computer that managed heating, cooling, elevators and other functions, he said. There were 100 cameras that staff had to track 24/7, Cowhey said.

The building was open until close to midnight and fights would often break out at night, Cowhey said. The security staff used to dress in blue shirts and dark blue pants that made them look like police officers.

“It was pretty wild and woolly back in those days,” he said.

Cowhey eventually became the cleaning supervisor on the midnight shift, a position in which he supervised five janitorial staff. Since the building was still new, it had an abundance of janitors with a janitor for each elevator bank, Cowhey said. Cowhey would go on to have an array of other jobs at the building including evening cleaning supervisor, night manager and building superintendent. He served as the operations manager overseeing all building operations for almost 35 years.

Cowhey’s claim to fame came early on in his career when he was still a security officer, and actress Mary Tyler Moore was in the middle of a photo shoot of her trademark hat throw in the Crystal Court. Cowhey jokingly radioed another security officer to “tell that woman to stop throwing things in the Crystal Court.” The other security guard, mistaking Cowhey for a supervisor, went up to the actress to instruct her to stop, causing her to laugh. Years later, Cowhey was interviewed by Good Morning America about the incident.

Some of Cowhey’s other memorable moments have been when he and other staff worked to hang lights in the windows for different occasions like when the Twin won the World Series in 1991 and to honor soldiers returning from Iraq.

During his days at the IDS, Cowhey has also seen an abundance of animals somehow find their way into the building either through people releasing them there or the animals sneaking in through the doorways. One time, someone left a black and white Billy goat on the steps outside, Cowhey said. There have been owls, turkeys, hawks, and even a falcon spotted in the central, glassed Crystal Court. For years, staff has tried to catch the sparrows that pop up in the Crystal Court with live traps and special birdhouses.

“It’s difficult to get birds out of there,” he said.

Cowhey said he decided to retire after his son passed away in 2017.

“It just made me realize that I need to start spending more time with the family,” he said.

Last month, about 150 people showed up to wish Cowhey well during a party at the new lounge area on the IDS Center’s 41st floor.

“I just enjoyed telling people some of [these stories],” Cowhey said. “So that they would honor the building and feel the same way about the building.”