Talon Private Capital buys office building next to the Quadrangle. 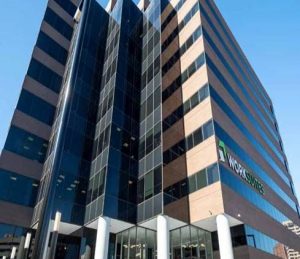 The 2626 Cole office tower is located in Dallas’ Uptown district.(JLL )

A Seattle-area investor has purchased an Uptown Dallas office tower.

The 2626 Cole high-rise is across the street from Uptown’s landmark Quadrangle complex, which is about to undergo a significant redevelopment.

The building was sold by Switzerland-based Partners Group and Accesso, which have owned the property since 2014.

A major overhaul was completed at the building in 2017, and it’s more than 90% leased.

“We are very pleased with the significant value we were able to create at 2626 Cole as a result of our capital improvement program and hands-on property management,” John Rivard, chief investment officer for Accesso, said in a statement. “We plan to use the proceeds from the sale to continue adding scale to our portfolio in non-gateway cities across the U.S., including Dallas, and to reinvest in our existing assets.”

The 2626 Cole building is next door to the Quadrangle, which is about to add a new office tower and additional retail space.

The Uptown transaction is the second recent Dallas-area sale by Accesso. The investor sold the Royal Ridge office center on John Carpenter Freeway in Irving in September.

Talon Private Capital is a commercial real estate private equity investment firm with a track record of more than $1 billion in deals. Most of its real estate holdings are in the Pacific Northwest.

Cushman & Wakefield will manage the 2626 Cole building, and leasing will be handled by Thirty-Four Commercial. 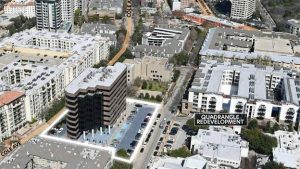 The just-sold office tower is next door to the landmark Quadrangle complex.(JLL )