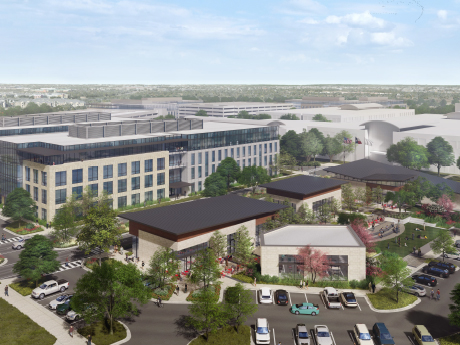 By Lori Hawkins and Shonda Novak

An office campus in Northwest Austin’s rapidly growing tech corridor will soon be transformed into a mixed-use project with offices, apartments, retail and a hotel.

Accesso Partners, a Florida-based real estate investment manager, got the green light for the project this month when the Austin City Council approved a zoning change.

The developer said it expects to begin planning a portion of the office, retail and apartment projects in the next 12 months. Pre-leasing for the new office buildings expected to start in the first quarter of 2021. 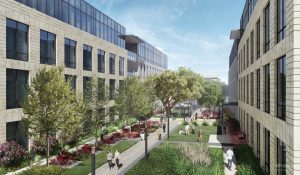 The first phase of the development calls for two office buildings of about 250,000 square feet each, a residential project with about 300 units and some retail.

The projected rents for the apartments, and the hotel brand, have not been determined.

Accesso is not disclosing an estimated cost of the overall development, and said financing has not yet been secured.

The existing properties will remain as they are, according to the developer. Current tenants include eBay, D&B, PayPal, Electronic Arts and Polycom

The site originally housed Motorola and its spin-off Freescale Semiconductor.

“In recent years, Austin has become a true tech and continued to lead the country in population and job growth,” said Marc Bellet, Accesso director of asset management and national director of development. “Northwest Austin — traditionally a suburban area of the city — is now home to many of the world’s biggest names in tech, which has created strong demand for the types of housing, recreation and hospitality assets that draw top talent.”

Apple’s Parmer Lane campus in Williamson County is expected to employ up to 5,000 people initially when finished in 2022, and up to 15,000 over time.

“As the city continues to grow, adding multifamily, retail and hotel services around office nodes makes sense,” said David Putman, a principal at Aquila Commercial who serves as office leasing agent for 7700 Parmer. “Expanding 7700 Parmer to provide housing and services for 12,000 employees between the 7700 Parmer and Apple office campuses will reduce commute times and allow people to live closer to where they work.”