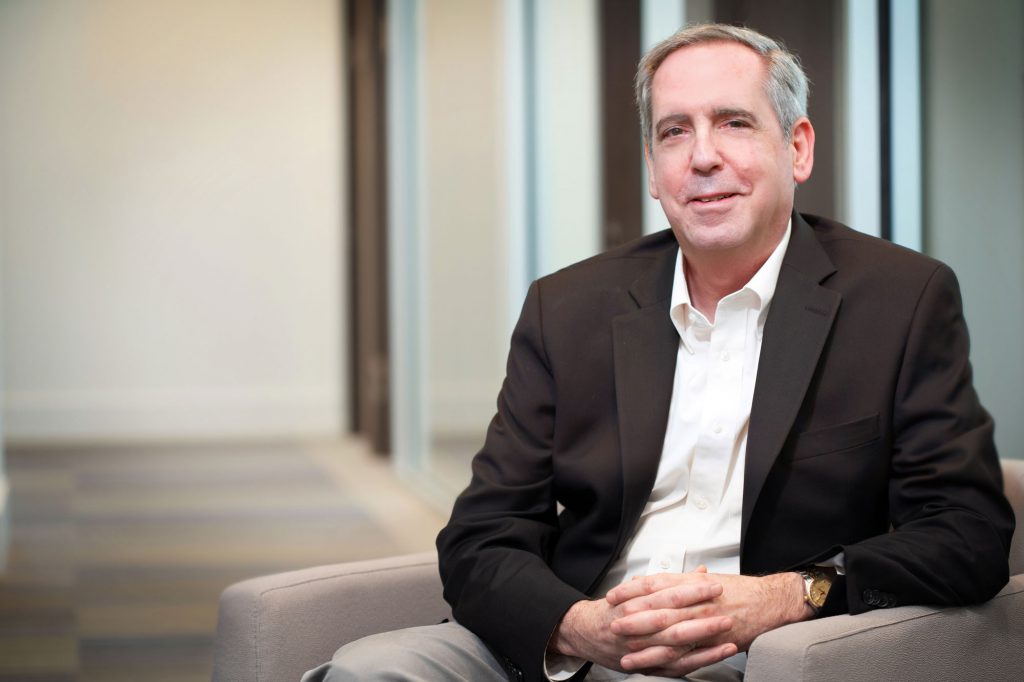 Commercial Property Executive
December 5, 2019
By Holly Dulton
Commercial real estate companies are taking a hard look at business strategies as they face the possibility of a slowdown or worse.

Private equity firm Colony Capital is going all in on what it calls digital real estate infrastructure. The company is making moves to position itself as the leading player in the data center market, which it calls the most recession-proof real estate asset class. Colony will look to invest in data centers, cell tower, fiber optic and small cell networks.

“The growth in demand for data transmission and storage will continue to far outpace demand for any other commercial real estate asset class in our view,” said Colony Capital president Darren Tangen.

While most commercial real estate professionals are not sweating a recession, many are taking a hard look at their business strategies as they prepare for a slowdown or worse. Where are the markets that will be least disrupted and most disrupted if the economy does take a hard turn? Where are the pockets of growth that may blossom in the next upcycle? Where can companies tighten their belts so they can ride out a lack of revenue growth?

There’s an adage attributed to George Washington that recommends: the best offense is a good defense. LaSalle Investment Management is positioning its portfolio based on that wisdom by limiting its use of leverage and pursuing property types with less exposure to any big market shift—like medical office and self-storage.

“Diversification is key,” said Rich Kleinman, head of research and strategy at the investment firm, noting  every downturn looks different in terms of what gets impacted and what doesn’t. “Being diversified is the best protection against acute underperformance of any sector of the market.”

As core coastal markets have become less accessible and more expensive, investors are increasingly drawn to secondary and tertiary markets or “growth markets” as they are now fondly called. Sunbelt markets, in particular, have become particularly popular for multifamily investors due to strong job growth and population growth and affordability. In June, Canadian private equity firm Tricon Capital Group closed on its purchase of 23 multifamily properties (7,300 units) for $1.4 billion. Many other investors have followed suit.

Shanghai Greencourt Group President Chris Chan noted Chinese investors see the Sunbelt, including markets like Georgia and Louisiana, as a safer bet to invest in. But student and senior housing and data centers are also on investors’ radars. “Diversification going forward will be a pillar in people’s playbook,” said Chan at a recent conference hosted by the Asian American Real Estate Association of America in New York City.

While commercial real estate is expected to perform well overall in 2020, some sectors are forecast to thrive. Industria, for example, has had runaway success due to the surging e-commerce market that shows no signs of stopping.

“We are still early in the game in building out the ecommerce supply chain,” said David Gilbert, CEO and CIO of Clarion Partners, at the NYU Schack Capital Markets conference. Gilbert cited the tremendous pent-up demand for logistics-based real estate.

The overall industrial vacancy rate for the sector is actually expected to rise as a wave of new product (estimated at 327 million square feet) comes to the market. A third of the product, however, is build-to-suit and nearly is half pre-leased, according to Cushman & Wakefield data.

“I think it will remain the darling asset class,” said Rebecca Rockey, Cushman & Wakefield’s global head of forecasting. “We still expect to see high demand and investor interest in infill and supply-constrained locations. These locations are just so significant to the e-fulfillment ecosystem.”

Ecommerce aside, there is a general uneasiness in the economy–due to the length of the upcycle, trade tensions between the U.S. and China, a slowdown in job growth and political uncertainty at home—stymying business investment and occupancy expansions.

“The most common reason is tenants say ‘well, until we know what the election outcome is and who’s in office and what house controls the economy, we’ll pull back until we figure it out,’” said Paul Gaines, managing director of asset management at Accesso Partners, a company that manages, owns and operates commercial real estate across the U.S.

In preparations for a downturn, Gaines said, asset managers start to pull back on how much they are willing to provide to new tenants coming into a space. Tenants may expect a certain kind of build-out that requires a significant capital investment, prompting the question: How much are they willing to securitize that lease?

“We try to figure out how to backstop risk should this downturn affect tenants and they can’t pay rent and have to downsize because their business hasn’t taken off,” said Gaines.

“Our underwriting is unchanged from its generally conservative approach. We look closely at property values and leverage to ensure we are comfortable that there’s sufficient alignment of equity and debt.”

Neiderpruem also said CIT is monitoring the differential between Class A and Class B multi-family rentals. Converging, he said, is an indication of a market’s weakness. And overly generous concessions means a sponsor is struggling with keeping his properties full.

Despite the economic speed bump, however, commercial real estate isn’t expected to take a hard hit.

“I think it’s important to remember that commercial real estate in particular tends to have a longer holding period than a lot of other assets, just given its general lack of liquidity,” said Heidi Learner, chief economist at Savills. “So even if we go through a softer patch of growth, I think CRE should fare fairly well.”