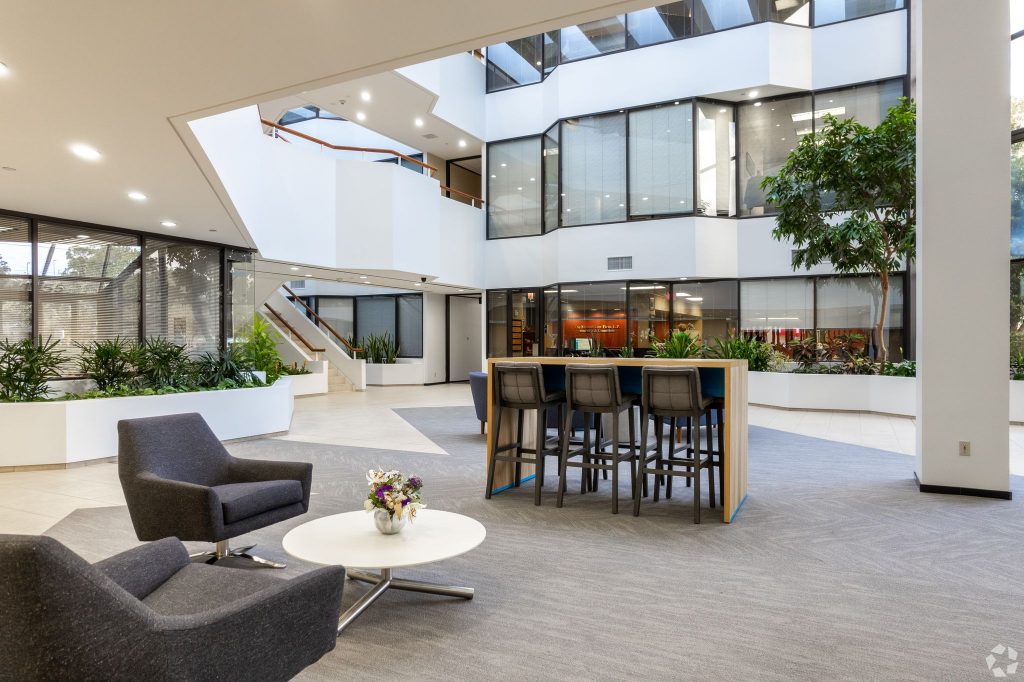 The company, which invests in and manages office and multifamily assets, announced a 21,000-square-foot lease with Smith Seckman Reid, a Nashville engineering consulting firm, at its three-building Ashford office complex in west Houston.

Smith Seckman Reid, which signed a seven-year lease at Ashford 7, will relocate from local offices at 3700 W. Sam Houston Parkway in Westchase later this year. The new office at 900 Threadneedle features a renovated lobby with new seating, fitness center and conferencing center with kitchen and reception area. The office will house about 100 employees on the sixth floor. 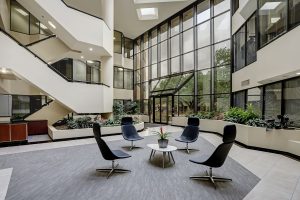 Accesso Partners completed a renovation of its Ashford campus in the Energy Corridor. Tenants have access to new fitness center and conferencing facilities in Ashford 7, at 900 Threadneedle.

With the rebound in oil prices and a growing population, office leasing in Houston has improved in the last few months, said Mike Adams, managing director, southern region for Accesso.

During COVID, companies have sat on the sidelines while they figure out their long-term space needs and return to the office policies.

Ashford, totaling 570,052 square feet, has registered the most leasing activity among Accesso’s 11-building, 2.5 million-square-foot portfolio in Houston. The company renovated the buildings with new lobbies and shared amenities at Ashford 7 as part of an effort to fill vacancies following the departures of ConocoPhillips and Sasol. 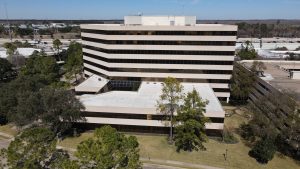 The new lease brings the Ashford campus to 61 percent leased, and deals are in the works to lift occupancy to the mid-70 percent range by the end of 2022, Adams said.

Vacancy in Houston’s office market, which has slowed since 2016, rose to 24.8 percent in 2021, according to commercial real estate firm CBRE. In a positive sign, tenants occupied 53,000 square feet more space in the fourth quarter than they did in the prior quarter, registering the first gain in net occupied space in two years.

The deal is another score for the Energy Corridor, where the Canadian pipeline company Enbridge is moving its Houston offices following a 293,000-square-foot sublease in the Energy Center V building.

Adams said Accesso remains bullish on Houston, one of several high-growth markets where the company invests, and is renovating many of its buildings here. In addition to Ashford 7, the company opened a new tenant lounge and conference facility at Atrium at Park Ten in the Energy Corridor and new lobbies at 1776 Yorktown and 1717 St. James near the Galleria. 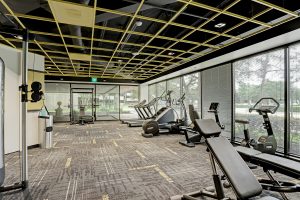 Accesso Partners completed a renovation of its Ashford campus in the Energy Corridor. Tenants have access to new fitness center in Ashford 7, at 900 Threadneedle.

Improvements at 3900 Essex inside Loop 610 include a fitness center, conference facilities, outdoor patio and spec suites. Accesso is finalizing plans to bring new amenities to 10333 Richmond in Westchase later this year. 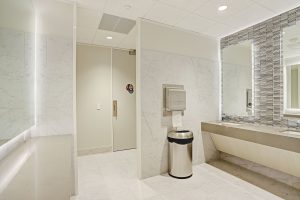 Accesso Partners completed a renovation of its Ashford campus in the Energy Corridor.

In the Smith Seckman Reid lease, Accesso was represented by Robert LaCoure, Jill Nesloney, Chris Lewis and Bryce Adams of Lee & Associates. Andrew Blaustein and Lispah Hogan of Newmark represented the tenant, which received one month free rent per year of the lease, Adams said.