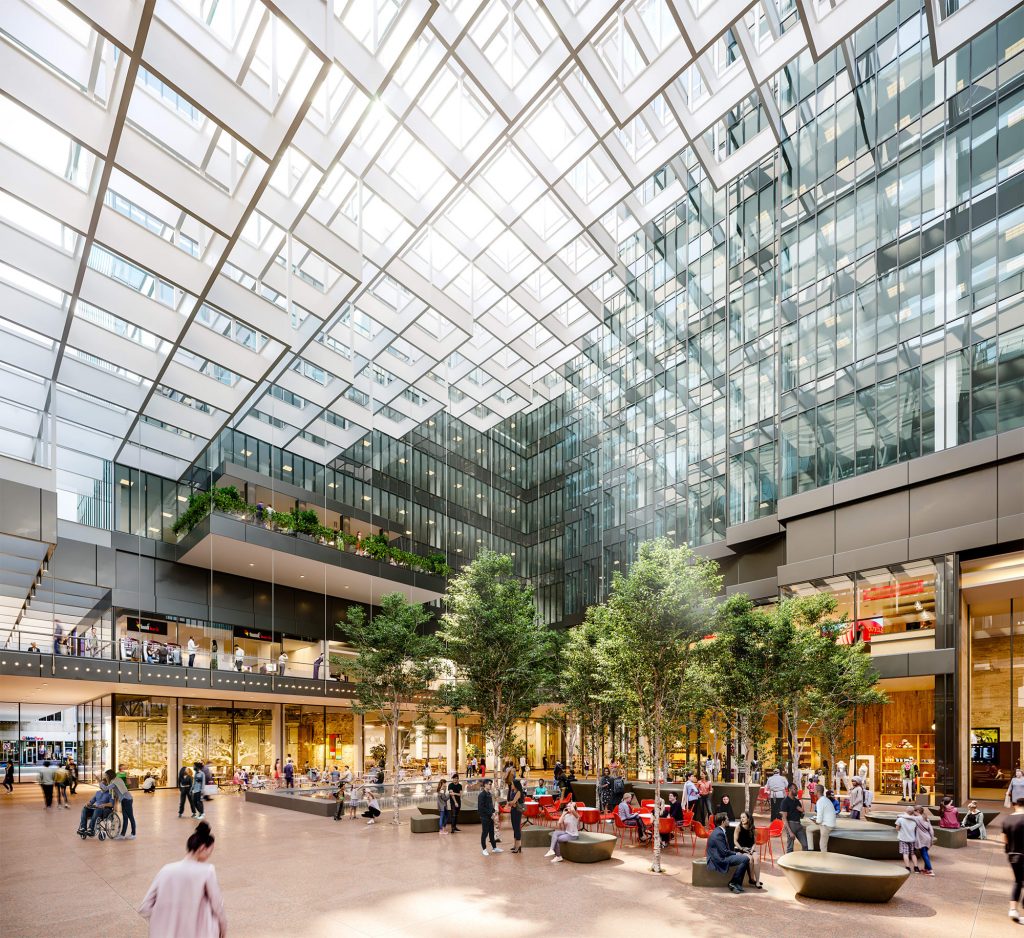 Bring Me The News Minneapolis
October 7, 2020
By Adam Uren

The cavernous atrium of Minnesota’s tallest building will be getting a refresh.

The distinctive atrium of Minnesota’s tallest building, the IDS Center, is getting a $5 million revamp, its owners have announced.

Accesso has revealed renderings of its planned makeover of Crystal Court, the cavernous public space on the ground floor of the 57-story Minneapolis tower.

Among the changes at Crystal Court, which opened in 1972 and hasn’t been upgraded since 1998, will be the removal of the planter boxes that hold the atrium’s trees.

These will be replaced by a new grove of taller trees – more of them too – that will “rise directly through the granite floor” courtesy of planting beds below.

This will “form a tall, healthy canopy of greenery” with the trees reaching 24-feet taller, some 10 feet taller than the court’s existing trees.

They will be complemented by an “infinity edge water feature” designed to “foster a sense of park-like serenity,” per Accesso.

Also departing are the white benches that surround the current tree planters, which will be donated to the The Minneapolis Good Chair Project, with a selection of moulded shapes being brought in to provide seating, along with a selection of tables and chairs.

Deb Kolar, General Manager at Accesso and the IDS Center, said in a press release: “As someone who has been entrusted to oversee the IDS Center for more than half of its history – 27 years and counting – I know firsthand how meaningful the Crystal Court is for the Minneapolis community. I could not be more excited to announce this plan as we approach the property’s 50th anniversary.”

“The IDS Center is known as the country’s first ‘social skyscraper,’ and this renovation aligns perfectly with his original vision for the space,” she added.