Meyers Group and Accesso have joined forces to build multifamily and mixed-use projects throughout Florida.

Aventura-based Meyers Group, led by Stuart I. Meyers, has developed over 1,500 apartments in Florida and Texas since 2014. Its latest project is the second phase of the Avery Dania Pointe Apartments, which is under construction in Dania Beach. Robert Shapiro recently joined Meyers Group as vice chairman after working as a co-developer of the Dania Pointe mixed-use project.

Hallandale Beach-based Accesso is best known for owning office towers in central business districts across the U.S., with a portfolio of 14.8 million square feet of office. It has also invested in multifamily.

The two companies formed Meyers Group Partners with the goal of developing 5,000 market-rate apartment units and 1.5 million square feet of retail and office space throughout Florida.

The first project in the lineup is the second phase of Avery Dania Pointe.

Through the partnership, Meyers aimed to create a company that could complete mixed-use developments while tapping Accesso’s experience with office space and big projects.

“We complement each other in almost every category,” Shapiro said. 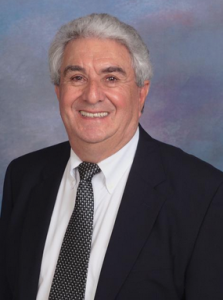 Ariel Bentata, founder and managing partner of investments for Accesso, said this joint venture will accelerate the multifamily development the company started a few years ago.

“We are intent on having a strong pipeline in Florida,” Bentata said. “This turbocharges the multifamily expansion in a state that probably has half of the top 10 cities for multifamily development in the nation. Jointly, we can develop better mixed-use projects.”

Bentata said the joint venture eventually aims to raise capital for a development fund, likely with a goal of raising $300 million to build a $1 billion pipeline of deals. But first, they need to line up more projects.

Shapiro said the joint venture has 10 deals at various stages in the pipeline, including some under contract. That includes six deals in South Florida. The others are in Orlando, Fort Myers, Melbourne and Port Charlotte.

“We are either looking at acquiring some of the excess land outside anchors at the mall and in some cases where anchors have closed, acquire the anchor and do mixed-use or residential with shops around them that would give new life to the mall,” Shapiro said.