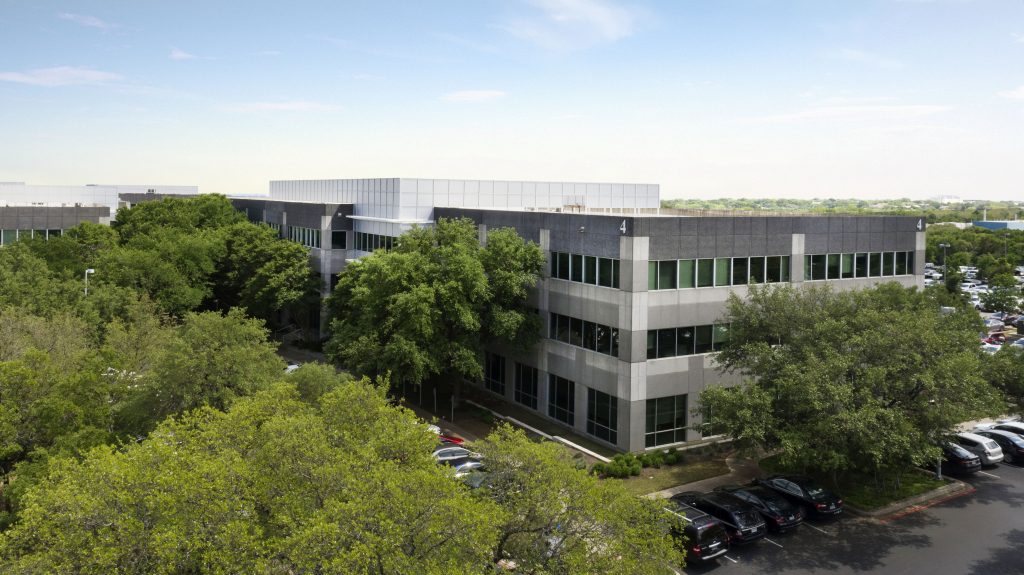 Partners Group AG, a global private markets investment manager, and Accesso Partners LLC, a fully integrated investment manager and operator of multi-tenant office buildings, sold the 62-acre campus in a deal that closed Jan. 6, according to the sellers and CoStar Group Inc. The sale price was not disclosed but CoStar indicated the 688,100-square-foot office campus fetched $258 million.

This is KKR’s first building acquisition in Austin, according to CoStar. The firm is a giant in private equity, with more than $208 billion in assets under management as of the third quarter. Its recent deals have included buying with a partner a majority stake in a multibillion-dollar Canadian natural gas pipeline, buying a majority stake in a Chinese lighting manufacturer and dropping more than $1.2 billion on a pair of buildings in the Seattle area.

KKR (NYSE: KKR) did not immediately respond to a request for comment on the Austin deal.

Accesso announced in June plans to add another three-story, 64,000-square-foot office building at Riata Corporate Park. Construction on that building, designed by The Beck Group, had been expected to start by the end of 2019. A spokesperson for the sellers said KKR is expected to move forward with plans for the new building.

Accesso and Partners Group acquired Riata in 2015 from Spear Street Capital of San Francisco; the corporate park was 80% leased at that time. In the last four years, Accesso has added a 3,000-square-foot lounge and cafe for tenants and upgraded three fitness centers.

“Partners Group had high conviction in the strength of the Austin office market when we partnered with Accesso to acquire Riata Corporate Park,” Ron Lamontagne, managing director and co-head of Private Real Estate Americas at Partners Group. “As employers in the tech and pharmaceutical industry relocated to or expanded in Austin, attracted to the growing educated workforce, we were able to use our operational expertise to develop Riata into a highly-attractive asset. Limited large block vacancies, the ability to develop an additional parcel, and the credit rent roll, led us to believe that this was a good time to market the property to a buyer who had a long-term vision for the asset.”

What Accesso still owns in Austin

Adams said Accesso received a zoning change from the city of Austin in 2018 to allow for the additional square footage of office space and retail. Accesso has been working with Studio8 Architects for the campus’ master plan. Adams said he expected the new office space would be divided among six to eight buildings.