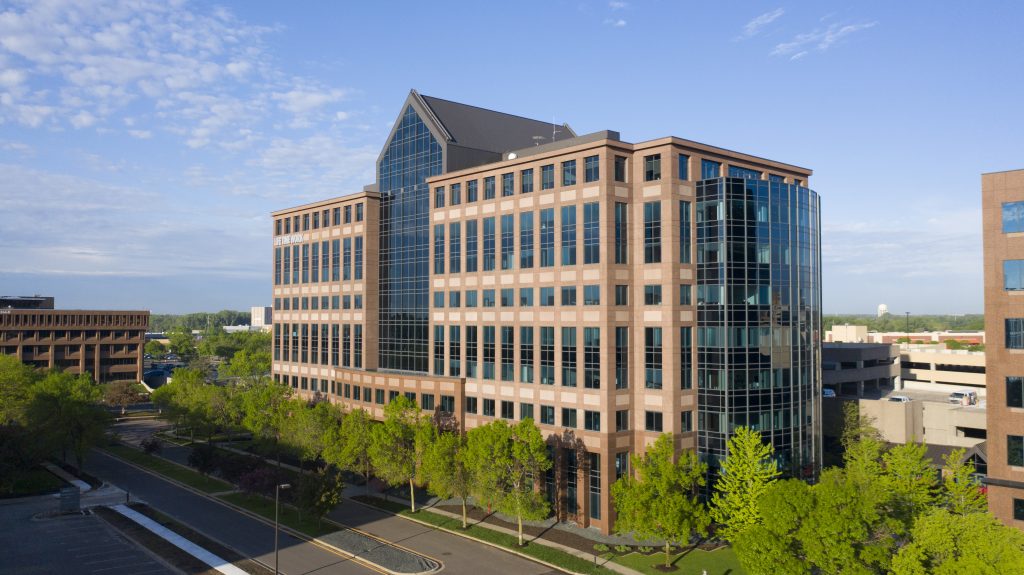 Real estate investment firm Accesso Partners said it has nailed down a large lease with one tech company and renewed a major lease with another at its two-building St. Louis Park, Minnesota, office complex: the Towers at West End.

The company, based in Hallandale Beach, Florida, announced this week that it signed a 28,000-square-foot lease with Total Expert, a growing software company that specializes in digital platforms for financial services firms. Accesso said it had also renewed a lease agreement with an existing tenant, the software company Magenic, for its 29,000-square-foot space there.

Both companies are located in the tower at 1600 Utica Ave. S, a building constructed in 2000 that sits next to its older sibling at 1550 Utica, which was built in 1987. The building at 1600 Utica now has an occupancy rate of 94%, said Accesso spokesman Matthew Chudoba, and the 1550 Utica building is 88% occupied.

Executives at Accesso described the leasing activity as a feat, given the “challenging market environment brought on by the COVID-19 crisis.”

The pandemic, which has sent the U.S. economy into a recession, has forced most office employees to work from home for the foreseeable future and called into question how much office space companies truly need. Although landlords have found some silver lining in recent surveys that suggest many workers are tiring of remote work and would like to return to offices.

The leases at the Towers at West End were not an anomaly for Accesso, which said that since April it has landed 25 leases, totaling over 170,000 square feet, at properties in five cities in addition to the Minneapolis area, including Chicago, Dallas, Houston, Philadelphia and North Carolina’s Raleigh.

Accesso’s Managing Director of Asset Management Paul Gaines attributed much of the success to its “strong relationships with a brokerage community.”

Brokers John Lorence of CBRE’s Minneapolis office and Doug Fulton, at the Minneapolis branch of Avison & Young, brokered the deals.