It’s not uncommon to see a theme in the lights atop the downtown buildings once the sun sets. 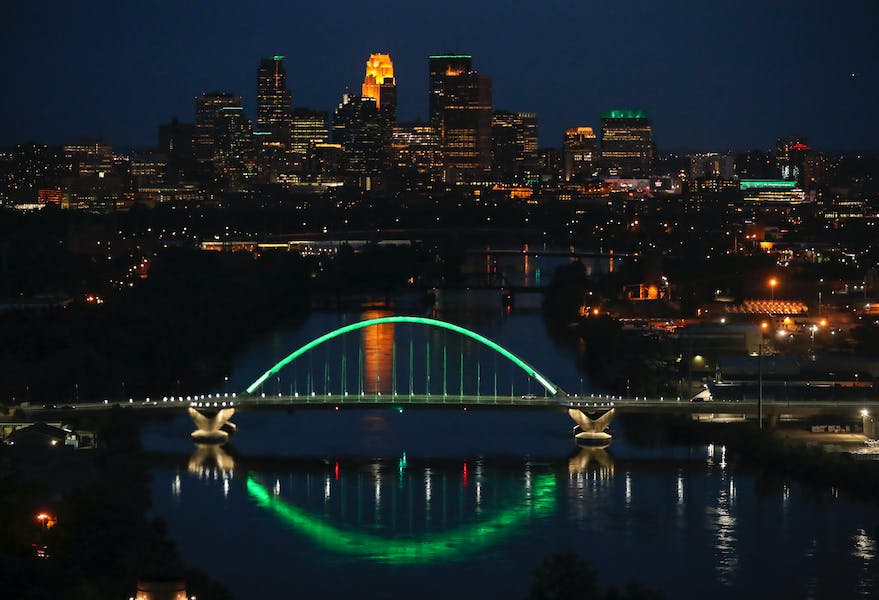 A view of downtown Minneapolis from north of the Lowry Avenue Bridge in 2017, when several buildings were lit green for the Star Tribune’s 150th anniversary.

The Minneapolis skyline would not be the same without the bright lights atop prominent buildings like IDS Center, Capella Tower and Target Plaza.

Whether they’re lit up in red, white and blue for the Fourth of July, purple for the Vikings, or a rainbow of colors for Pride, it is not uncommon to see a theme in the lights atop the downtown buildings once the sun sets. But what goes into coordinating all of those lights? Several readers turned to Curious Minnesota, the Star Tribune’s community reporting project fueled by great reader questions, to ask how it all works.

There isn’t a single hub where the downtown lights are controlled. Property managers and engineers at each building decide which days to highlight with certain lights, then they program the lights according to that schedule.

When Capella Tower general manager Nathan Reed and his staff meet to plan the lighting schedule, for example, he said they seek to highlight important holidays and local causes. They often take cues from the lighting schedules of the I-35W St. Anthony Falls Bridge and Lowry Avenue Bridge in Minneapolis, and even the Empire State Building in New York City. 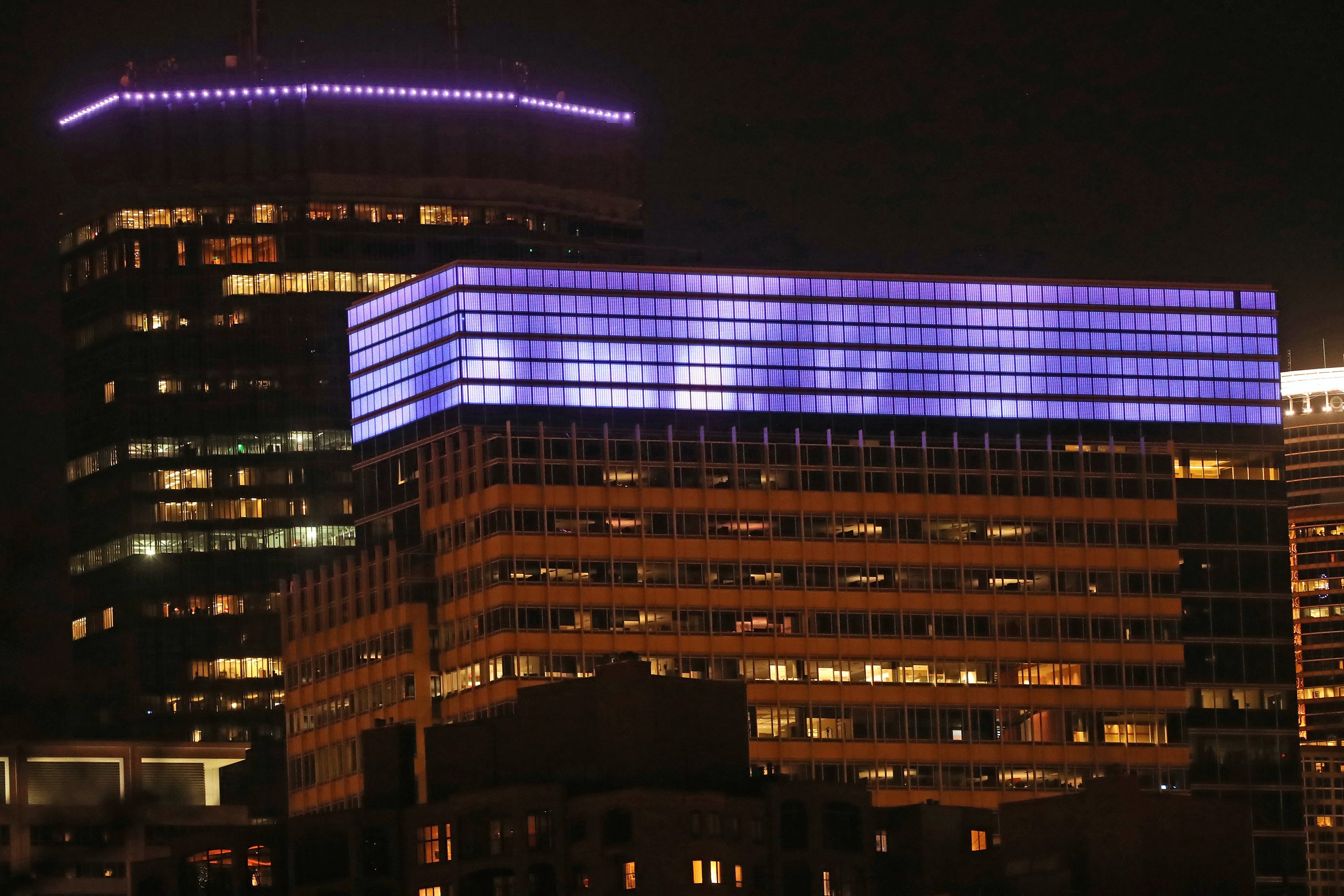 Target’s headquarters and the IDS Center were lit purple to mark the one-year anniversary of Prince’s passing on April 20, 2017.

“It brings vibrancy to our downtown skyline. It really sets it apart or distinguishes it from other cities,” Reed said. “In addition, it helps show support for our community by highlighting local events and promoting awareness of other causes such as breast cancer awareness or [Multiple sclerosis].”

The city of Minneapolis, organizations and residents sometimes submit requests for special lighting. They can be submitted online through request forms on buildings websites, via e-mail or phone. Sometimes, groups like the Greater Minneapolis Building Owners and Managers Association (BOMA) or the Minneapolis Downtown Council receive requests and help enlist buildings to participate, said BOMA President and CEO Kevin Lewis.

Lewis also helps coordinate the Lights Out program, which encourages buildings to shut off the high exterior decorative lights during the fall and spring seasons to help birds migrate at night.

Many birds are drawn off course by the lights and are killed or injured in collisions with buildings, according to Audubon Minnesota. Birds also drop from exhaustion after circling brightly lit buildings.

“We encourage and have great participation from a lot of the buildings,” Lewis said.

When special events come into town, such as the NCAA Final Four or the Super Bowl, downtown lighting is often more coordinated. The event planning committees will meet with the building property managers and engineers to plan more elaborate light displays.

“It just depends upon if it’s a civic event, something big for the city or something for just the IDS Center,” IDS general manager Deb Kolar said. “I mean we’ve had everything from just individuals calling us to say, ‘Hey, it’s Prince’s Birthday, can you light it up purple?’ It just depends upon who has the interest.”

Over the years some buildings have updated their lighting, allowing for better energy efficiency and more creativity.

The U.S. Bancorp Center added its lighting only a few months before the pandemic. Forty LED lights wrap the top floor of the building and can be seen from the 32-story building’s newly renovated amenity hub. 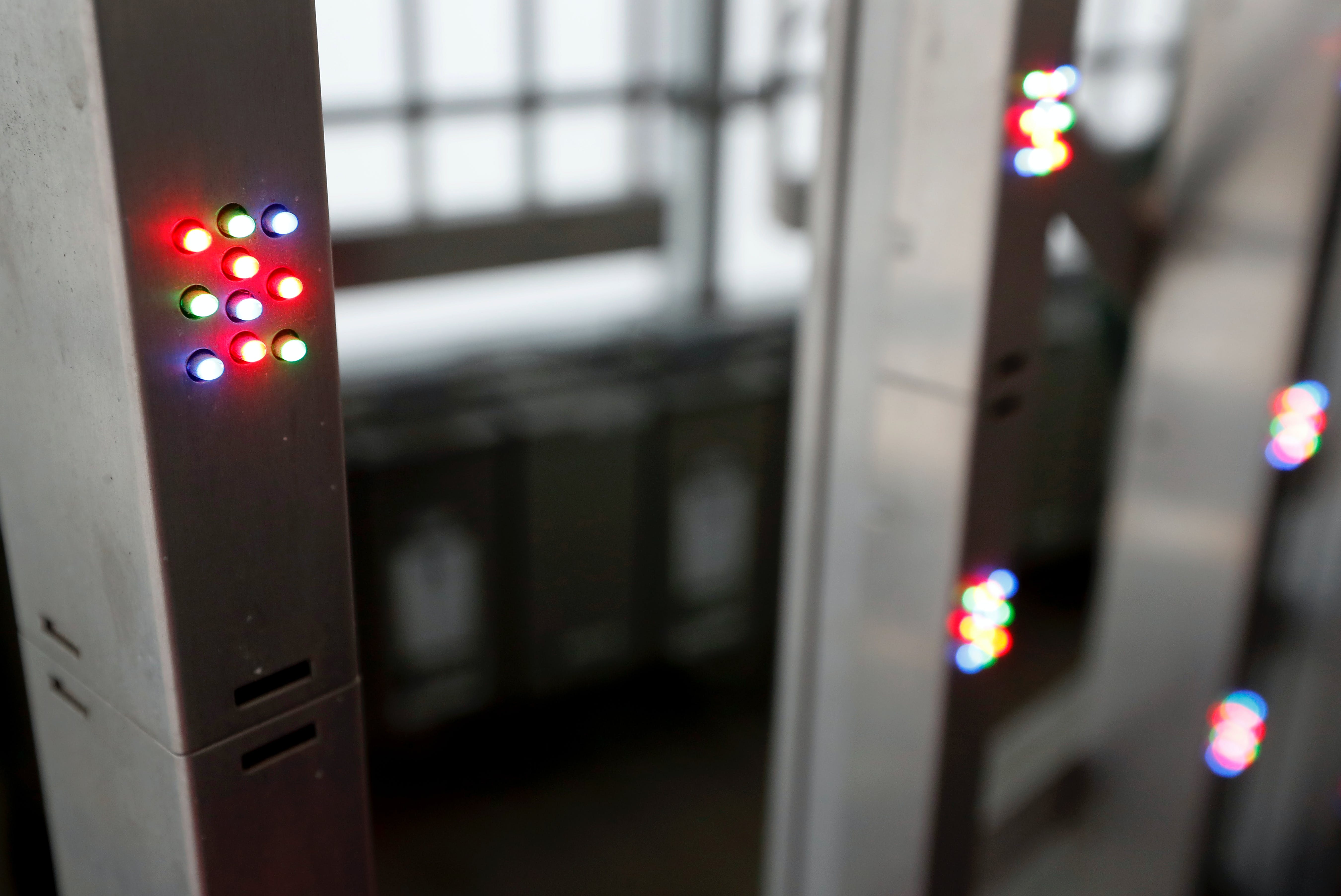 A close-up view of the LED panels atop Target’s headquarters in 2016.

Sarah Heimlich, marketing director of Piedmont Office Realty Trust, which owns the property, said building management sat down and decided the colors to pre-program for specific dates during the September 2019 installation. They’re able to customize the lights as requests come in.

Capella Tower, topped by a distinctive crown of lights, boasts one of the more recent lighting upgrades in downtown. Reed, Capella’s general manager, said they replaced the lights last September with a Cooper Ephesus LED system, the same system used at Target Field, the University of Minnesota’s Huntington Bank Stadium and other sports venues across the country.

It gives the management team the ability to choose any colors on the spectrum and even add animations. They can even change the colors directly from a smartphone app.

It wasn’t always that easy, though. Before the 52 LED lights were installed 10 months ago, Capella Tower relied on its original lighting system from 1992. The metal halide bulbs sat on top of the building and illuminated the 45-foot tall semi circle crown. Changing the color of the lights for special occasions required manual labor. 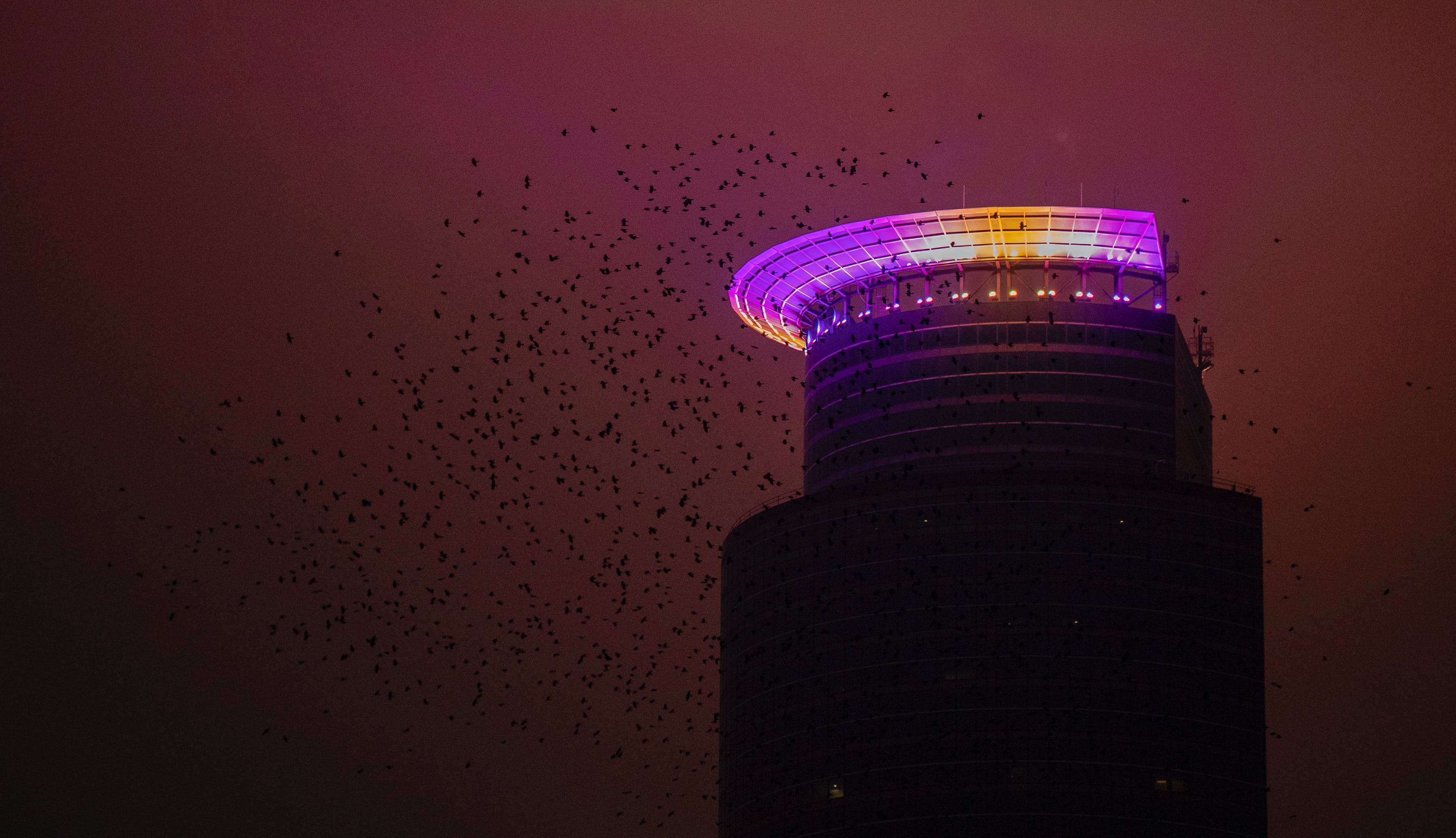 Vikings defeated the Jacksonville Jaguars. The crown was awash in purple and yellow light.

“It was difficult for us because we couldn’t change the colors with the metal halide system,” Reed said. “We had to actually affix a film over the top of the light to change it to, say, purple for the Vikings or blue for the Timberwolves.”

Most of the building lights have sensors that automatically turn on when the sun sets and shut off as the sun rises each day. Some buildings, like Capella Tower, shut off their lights at a set time each night.

The modern LED lighting system at IDS Center, installed in 2015, is capable of celebrating a wide range of holidays and Minnesota sports teams. But there is one notable exception.

“We have thousands of light combinations,” Kolar said. “We cannot get maroon. So the Gophers are a little bit difficult for us.”