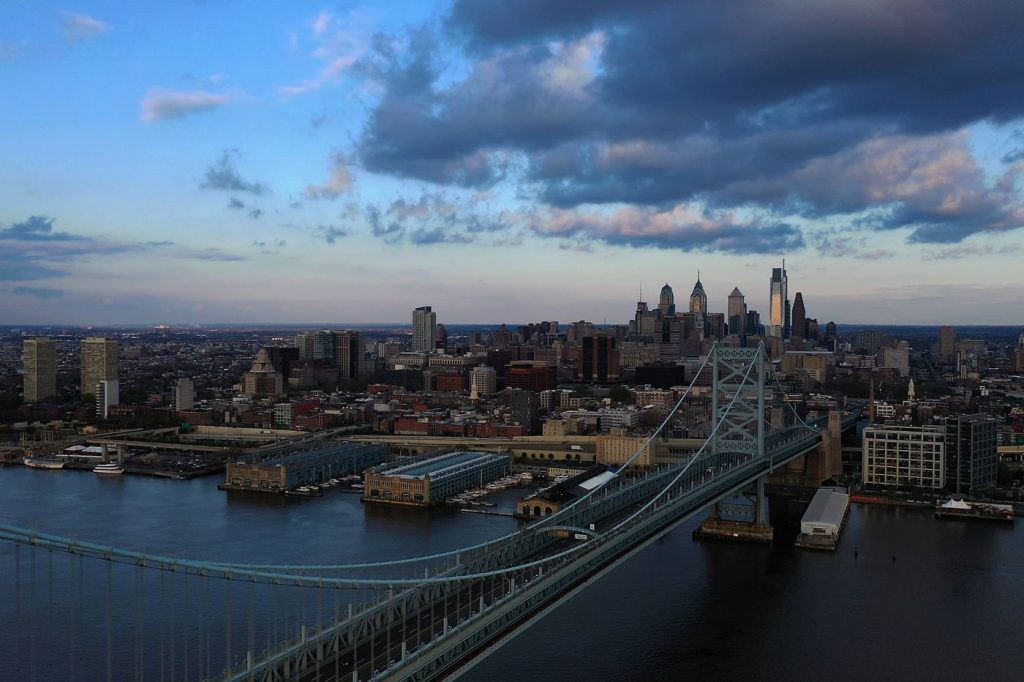 As companies strategize how to safely reopen their offices after coronavirus closures, ventilation systems that can help limit the spread of illness by siphoning away potentially infected indoor air have become a sought-after feature that many properties lack in cities with aged business centers such as Philadelphia.

But the divide between companies that can afford the higher rent of better-ventilated offices and those that can’t threatens to yield a new breed of workplace “haves and have-nots,” said John Grossman, a real estate lawyer at Fox Rothschild LLP in Philadelphia.

“There’s just going to be a greater discrepancy,” he said.

But heating, ventilation, and air-conditioning, or HVAC, systems play a key role in protecting employee health by flushing away indoor air — which could bear tiny contaminated droplets that are produced when an infected person breathes, talks, coughs, or sneezes — and replacing it with fresh air from outside the building, according to Qingyan Chen, who edits the scholarly journal Building and Environment as a mechanical-engineering professor at Purdue University.

A modern ventilation system can swap out an entire building’s air supply multiple times every hour, lessening the amount of time that infected air has to put workers at risk, said Joseph Matje, an HVAC specialist at J&M Engineering LLC in Philadelphia. Older networks tend to keep using the same indoor air for a longer time, mixing in outdoor air at a far lower rate, if at all, he said.

The new systems require large intake vents on a building’s exterior to draw in the outdoor air, wide ventilation shafts to carry that air to the building’s heating and cooling equipment, and powerful fans to move it all around, he said.

But systems like that didn’t become prevalent until after 1989, when the American Society of Heating, Refrigerating and Air-Conditioning Engineers — the HVAC industry’s standards-setting organization — boosted the volume of fresh air that ventilation networks were required to provide to offices.

More than 83% of Philadelphia’s 98 million square feet of office space was built in 1989 or earlier, compared with an average of 63% across the United States, according to the real estate data tracker the CoStar Group.

Many of Philadelphia’s office buildings constructed before that time have since been upgraded with more modern HVAC systems, said Hetherington Smith, Philadelphia branch manager for the commercial brokerage Savills Inc.

Virtually all of the office towers in the dense high-rise district west of City Hall have new ventilation networks, as do many of the stately older buildings owned by landlords such as Keystone Property Group and Brickstone Cos. that target upmarket tenants and have access to cash for big renovation projects, she said.

But Matje said only about half of the Philadelphia office buildings he’s visited on the job — a sampling that’s skewed toward properties with older systems that are more likely to need maintenance — “are doing their ventilation correctly.”

Among Philadelphia property owners promoting their modern HVAC systems is Brandywine Realty Trust, the city’s dominant commercial landlord, whose 6.3 million square feet of offices in the city include the 49-story FMC Tower beside the Schuylkill and the One, Two and Three Logan Square buildings near the Benjamin Franklin Parkway.

Brandywine said that it now has its buildings’ systems set to maximize the intake of fresh outside air through its buildings and that its properties are equipped with systems capable of moving air through the thicker, high-density filters needed to help trap infected droplets that might be lingering in an office’s atmosphere.

“We’ve been fortunate that we had always invested a lot of money into our HVAC equipment and in our mechanical systems,” chief executive Jerry Sweeney said in a conference call with analysts last month. “So we’re in pretty good shape on that.”

Coretrust Capital Partners of Los Angeles, meanwhile, said that a ventilation-system overhaul with new fans for drawing in outdoor air was a part of the $25 million in improvements that it completed at Two Liberty Place after buying the Center City office property in 2016.

The company will soon begin collecting bids from contractors to integrate germ-zapping ultraviolet lighting into its HVAC system, a technology now used in institutional settings with strict cleanliness protocols, such as hospitals and prisons, said Randall Scott, a Coretrust managing principal.

And Hallandale Beach, Fla.-based Accesso Partners LLC, which owns the 20-story 1515 Market St. office building near City Hall, has been tinkering with its HVAC system to ramp up the number of times per hour that it can flush outside air through its offices.

Accesso operations director Tony Clasen said the tower is studded with intake vents along its facade to allow in plenty of fresh air, despite its 1960s vintage. It’s a topic of keen interest to tenants, he said.

“Three or four months ago, the only call we got was ‘We’re hot,’ or ‘We’re cold,’” Clasen said. “Today, they call and say: ‘We’re here. What has the building done? How do you filter the air?’”

Not all Philadelphia office landlords have a satisfying answer to that question.

Smith, of Savills, said a tenant that she represents at an older, poorly ventilated building is planning to negotiate lease renewals to allow for an easy exit should its landlord fail to live up to a commitment to install HVAC upgrades.

“It’s a very big deal,” she said. “There’s a greater deal of concern.

Things get more complicated, though, on the lower rungs of the commercial real estate ladder, where less affluent businesses pay lower rents for space in less desirable buildings.

That disparity between upmarket and downmarket office rents is especially acute in Philadelphia, where asking prices are 77% higher for upscale “Class A” space than low-end “Class C” space, compared with a 56% difference in the national averages for such rents, according to CoStar.

Those “Class C” buildings are the ones where outdated HVAC systems are most commonly found, but they’re also unlikely to generate sufficient rental income to pay for upgrades, putting their owners — and tenants — in a bind.

“There’s kind of a Catch-22,” said John D. Macomber, a lecturer at Harvard Business School who recently coauthored the book Healthy Buildings: How Indoor Spaces Drive Performance and Productivity. “Will the landlords be able to do those renovations and get more rent? If they don’t think they’re going to get more rent, they’re not going to do the renovations.”

Upgrading outdated ventilation systems can cost in the range of $30 a square foot, according to Matje, the HVAC specialist. That would work out to a $2.5 million price tag for an 84,000-square-foot building, the average in Center City, according to CoStar. New systems also eat into a building’s revenue-generating rentable space, Matje said.

The lost space would be made up for by assigning some employees to work from home permanently, he said.

“I wouldn’t be surprised to see vacancy increase in the total market, and a healthy percentage of the vacancies to be in the lower-quality buildings,” he said.

But Smith said she sees there being a sizable number of tenants who won’t be able to afford any space in the better-equipped buildings, or to absorb rent hikes needed to subsidize improvements at their current offices.

That contingent, in fact, may grow, as closures from the coronavirus sap small-business income and nonprofits see their funding dry up, Smith said.

“There are a lot of people that are going to be hurting,” she said.