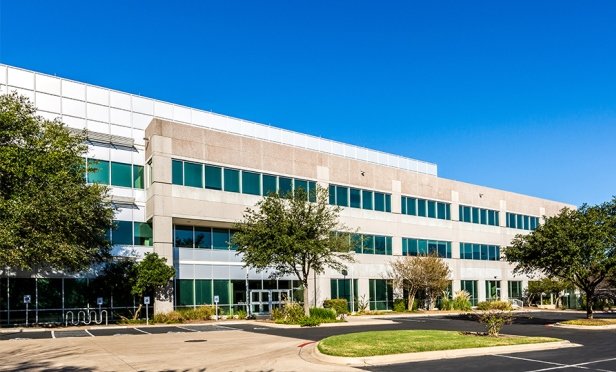 AUSTIN, TX—In 2018, Austin’s appeal led to 136 tech companies relocating or expanding in the area with plans to create nearly 18,300 jobs, according to CoStar. In fact, this phenomenon continues into the halfway point of the year.

“The Northwest technology corridor location continues to be a magnet for market-leading scientific and advanced technology companies,” says Adams. “With its size, amenities and park-like setting, we feel Riata is the epicenter of the submarket.”

Accesso also has the option of constructing a ninth building at Riata, a three-story 64,000-square-foot structure.

“We have a site development permit. We’re working with the Beck architectural firm in Dallas but we’re still reviewing plans,” Adams tells GlobeSt.com.  “We’ve elevated it to the top of our list, given the demand for prime office space in North Austin and we’re currently doing a pricing analysis on construction. But there is no start date at this point.”

“Today, we’re finding that relocation decisions for top-tier companies are made or heavily influenced by the corporate HR department,” says Brown. “Austin is an easy city to recruit and retain the best and brightest. The lifestyle, culinary scenes, outdoors, world-class annual events like South by Southwest, Austin City Limits and now Formula One racing plus an unlimited supply of graduates coming out of the University of Texas may be why we’ve had 168 companies relocating from California alone to Austin since 2004.”

Brown says Riata was 80% leased three years ago before an amenity program was undertaken by Accesso. Since then a 3,000-square-foot WiFi-equipped employee lounge with a deli cafe has been created and three fitness centers have been upgraded.

“In addition to attracting new tenants such as TriNet, Advantest and Sonic Health Care, companies like Bankers Toolbox and MobileIron expanded and doubled in size within the park,” he added.

Jenna Duke, Riata’s property manager, says one of the secrets to the park’s close relationship with its tenants is the tenure of her staff.

“We have building engineers that have been here 20 years and longer, and tenants are comfortable with that longevity,” Duke says.

As of spring, Austin vacancy remained low, at less than 9%, gross average asking rental rates are high at $35.31 per square feet and tenant demand from all over the country resulted in more than 4.8 million square feet under construction, with half of that space already leased, according to a report by NAI Partners. Large leases dominated in 2018 and all indications point to that trend continuing in 2019. There was 1.5 million square feet of leasing activity in spring, up 75% from March 2018.