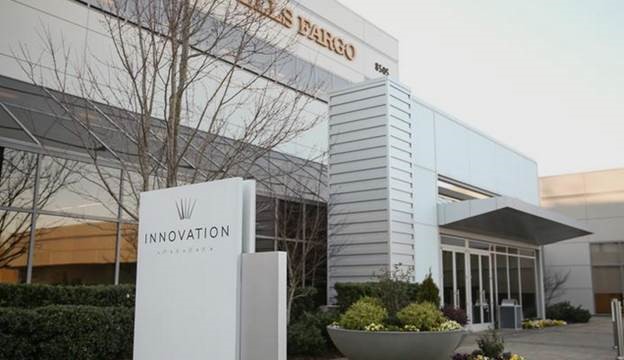 Accesso Partners, which acquired the Innovation Park office development in 2019 for $270 million with majority owner Partners Group, recently secured a rezoning to develop a mix of uses on the western portion of the site, including significant amounts of multifamily and retail development.

An existing tenant at the Innovation Park office property in University Research Park has signed a lease to significantly expand its office footprint there.

TTI Floor Care North America will add about 68,000 square feet of space to its existing presence at the 12-building office campus in University City. The new lease will run the company’s footprint to nearly 144,000 square feet at Innovation Park, where it has been located since 2016. TTI Floor Care will occupy its new space in June.

Innovation Park was initially built in the 1980s as IBM’s headquarters. The campus includes 1.84 million square feet of office space across its dozen buildings and was purchased by Accesso and Partners Group for $270 million in 2019.

“Innovation Park’s diverse amenities, ample parking, access to an educated workforce and convenient location near all three major highways in Charlotte have been key factors in attracting top talent to TTI Floor Care,” said Marc Bellet, director of asset management and national director of development for Accesso. “We look forward to deepening our long-term relationship with the organization and continuing to count it among our robust and diverse roster of tenants.”

TTI Floor Care’s offices at Innovation Park serve as the company’s marketing and innovation center. TTI Floor Care is the largest floor-care business in North America and includes brands such as Dirt Devil, Hoover and Oreck. Its parent company is Techtronic Industries Co. Ltd., which has locations globally.

Accesso appears to have more plans for Innovation Park in the relatively near future. Late last year, it secured a rezoning to develop a mix of uses on the western portion of the site, including significant amounts of multifamily and retail development.