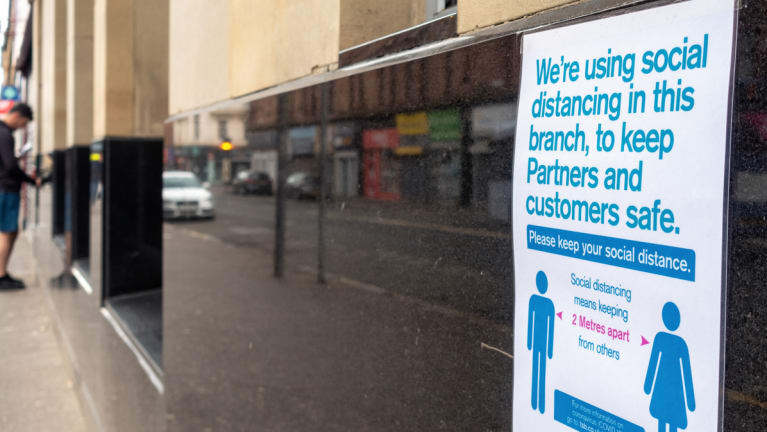 In a transformation triggered by the coronavirus pandemic, the workplace of the future is arriving sooner than you might have visualized just a few months ago.

HR professionals, landlords, space planners and others are contemplating how workplaces will look and feel in the near term and long term as employers adjust to new rules about maintaining physical distances, reducing workspace density and combating the spread of germs.

On the germ-fighting front, for instance, experts envision installation of touchless faucets, toilets, refrigerators, coffeemakers, entryways and elevator panels. These touchless features might be controlled with a smartphone app. Some experts even foresee the removal of conference-room doors as an anti-germ measure.

While some employees might wind up working from home permanently, many others will return to workplaces that are being radically reconfigured for the coronavirus era.

“People will still want to go into a workplace to be together and to work together, and to connect with their organizations and to feel connected to that shared mission,” said Elizabeth Brink, a principal at San Francisco-based architecture and design firm Gensler.

However, as Brink and others noted, the notion of connection and collaboration will be altered in the name of keeping people farther apart—maybe 6 feet, maybe more—and restricting the number of employees per square foot. Seating in a conference room might be slashed from 12 people to four. Employees might be encouraged to conduct more workplace meetings via Zoom, GoToMeeting or other teleconferencing tools to cut down on in-person gatherings.

At least for a while, workplace conference rooms won’t be occupied and large meetings won’t be scheduled, according to Joseph Allen, director of the Healthy Buildings Program at Harvard University’s T.H. Chan School of Public Health in Cambridge, Mass., who made the prediction during an April 21 webinar hosted by the Washington, D.C.-based Urban Land Institute.

Employers might also “de-densify” workplaces by splitting the workforce into two groups. Team A would be assigned to be in the office three days a week and telecommute the two other days, and Team B to be in the office on the two days that Team A is telecommuting and at home on the three days Team A is in the office. The teams might switch schedules weekly or monthly. Some experts forecast the introduction of staggered daily shifts for different groups of employees.

During the Urban Land Institute webinar, real estate investor John Macomber, senior lecturer of business administration at the Harvard Business School, said the heightened focus on physical distancing “makes it harder to argue that there should be a lot of people in 120 square feet each in a wide-open office.”

Macomber also said he imagines a time when elevators, escalators and revolving doors in office buildings might be equipped with thermal sensors, retinal scanners and facial recognition technology so landlords can monitor the health of people who are coming and going—and can ultimately diminish the spread of diseases.

Chad Smith, vice president of product strategy at Houston-based workplace management company iOFFICE, said that while employees are at the office, some might work in spaces with designated one-way paths designed to prevent people from clogging hallways, entryways and other areas with lots of foot traffic. By regulating the flow of people, workplaces can support physical distancing.

When they’re not weaving their way through workspaces, employees sitting at clustered desks, cubicles or workstations might be separated from co-workers by clear acrylic partitions, Smith and other experts said.

“The bottom line is people are going to want more space between people, so that means less of an open-floor-plan workspace,” said Brian Rosen, chief investment officer at Hallandale Beach, Fla.-based Accesso Partners, an owner and manager of office buildings throughout the U.S.

That desire will result in tape on elevator floors marking where riders should stand, Rosen said, and limited access—either temporarily or permanently—to common areas like kitchens and cafeterias. Some people might go so far as to eat at their desks rather than hanging out in communal dining spots, said Bryan Murphy, CEO of Breather, a provider of on-demand workspace whose main offices are in Montreal and New York City.

In common areas geared toward meeting, collaborating and socializing, couches might be replaced by lounge chairs to create more physical distance, Murphy said.

But just as Breather supplies flexible workspace, he said, the company is being flexible with its space planning related to the coronavirus pandemic.

“We’ve got an incredibly talented team of designers and engineers and operations people that are doing the research and thinking through this, and we’re all kind of in the same boat. We’re all inventing in real time,” Murphy said. “We think we’ve got a good start on it. And I’m sure that our plans will adjust accordingly.”

Harvard’s Allen also stressed flexibility in reopening and operating workplaces since the science surrounding the coronavirus is changing frequently.

“It won’t be like before,” Allen said of tomorrow’s workspace. “There’ll be changes. Some will be quite visible.”

John Egan is a freelance writer based in Austin, Texas.